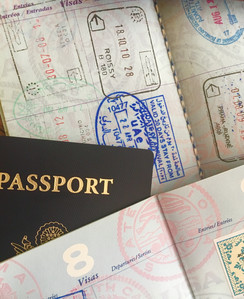 On May 29, 2020, the President issued a proclamation blocking certain nationals of the Peoples Republic of China (PRC) from entering the United States in F-1 or J-1 nonimmigrant status in order to study or conduct research. The proclamation takes effect on June 1, 2020 at 12:00 pm (EDT) and remains in effect until terminated by the President.

The Proclamation applies to graduate level and higher students and researchers from the PRC applying for visas or seeking entry into the U.S. who:

The proclamation defines the term “military-civil fusion strategy” as “actions by or at the behest of the PRC to acquire and divert foreign technologies, specifically critical and emerging technologies, to incorporate into and advance the PRC’s military capabilities.” In recent months, the administration has articulated concerns and published diplomatic communiqués relating to the PRC’s “military-civil fusion strategy.” However, the proclamation exempts the following categories of individuals:

What does this mean for PRC F and J nonimmigrants currently in United States?

The Proclamation requires the Secretary of State consider whether the visas of PRC nationals currently in the United States in F or J status, to which the proclamation would otherwise apply, should be revoked pursuant to applicable immigration laws. Therefore, the State Department and/or the Department of Homeland Security (DHS) would have to implement specific directives revoking the visas or suspending the programs of study/research for those presently studying or researching in the applicable F-1 or J-1 nonimmigrant status. Furthermore, within 60 days of the proclamation taking effect, the Secretary of State and the Secretary of Homeland Security are required, in consultation with the heads of the appropriate agencies, to review nonimmigrant and immigrant programs and make recommendations of any other measures requiring presidential action that would mitigate the risk posed by the PRC’s acquisition of sensitive United States technologies and intellectual property.

What does this mean for U.S. employers of PRC nationals?

While the intended scope of this directive is targeted towards PRC nationals enrolled in graduate studies or conducting research, we expect a broader impact given the articulated concerns relating to the PRC’s acquisition of sensitive United States technologies and intellectual property. Prior to the suspension of routine visa operations due to COVID-19, many PRC visa applicants (including those seeking H-1B and L-1 nonimmigrant work visas) became subject to enhanced vetting procedures during the visa application processes. Prior to issuing visas, consular officials often obtain “security advisory opinions” from the State Department or other government agencies in order to allay concerns that foreign nationals entering the U.S. could gain access to sensitive technology with potential military applications or seek to unlawfully export such technology.  We expect this practice to continue and expand in the coming months resulting in the increased scrutiny over PRC visa applications.

Squire Patton Boggs will continue to monitor and provide updates on these developments. Please reach out to your SPB contacts for further assistance.