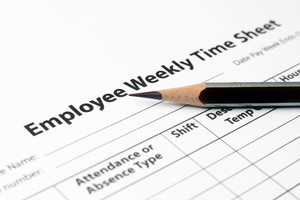 In early 2018, we reported [see here and here] that the U.S. Department of Labor (DOL) had launched a pilot program to encourage employers to voluntarily report violations of the Fair Labor Standards Act (FLSA) minimum wage and overtime requirements. Employers who opted into the self-reporting pilot program, called the Payroll Audit Independent Determination (PAID) program, would disclose the basis of the violations, and agree to promptly pay back wages to employees, and thereby avoid the risk of litigation, liquidated damages (an amount equal to the unpaid wages assessed against employers in enforcement actions), penalties, and fines. The DOL would then distribute the past-due wages to current and former employees to whom the payments were owed. If employees accepted the payments, they would be required to waive their right to pursue private legal action for the time period covered by the payment, but employees could forego the back payment and preserve their right to individual action.

The main appeal of the PAID program for employers was the foreclosure of DOL-led enforcement actions if current and former employees were paid all past-due wages earned by them. However, applying to participate in the PAID program meant exposing historic pay practices to DOL scrutiny, and payment through the PAID program did not prevent the DOL from auditing pay practices in the future. In addition, application for the PAID program did not guarantee that the DOL would allow the employer to absolve past practices, meaning that the company could be placing its past wage payment practices on the DOL’s radar without a guarantee that it would be relieved of federal liability. Finally, resolution of FLSA claims through the PAID program did not eliminate or release state law claims for unpaid wages, meaning that employers that tried to do the right thing could still be vulnerable to state wage payment law class actions, with employees using the company’s admissions during their participation in the PAID program (accessible through FOIA actions) as Exhibit A against them in state court proceedings.

Employees and labor unions were also skeptical of the PAID program; although payment through the PAID program meant that employees would receive at least the wages to which they were entitled, the PAID program eliminated the risk of liquidated damages. In essence, employers could willfully flout the requirements of the FLSA, voluntarily disclose their wrongdoing, and then be required only to do what they were required to do from the start – that is, pay wages earned by employees – but without any penalty or deterrent effect. This would result in employers effectively receiving an interest-free loan on the amount of the unpaid wages while depriving employees of wages they rightfully earned. Concern about the impact of the PAID program on workers, particularly low-wage workers least equipped to endure delayed wage payments, led to a number of state attorneys general encouraging the DOL to reconsider the PAID program.

This skepticism led to underutilization of the PAID program. Most recent 2020 data from the DOL reveals the PAID program led to collection of just $7 million for 11,000 workers, or roughly $636 per benefitted employee. It therefore came as little surprise when the DOL announced on January 29, 2021 that it would be discontinuing the program, effectively immediately. The Biden-administration DOL indicated an intent to return to an enforcement-based approach to implementation of the FLSA, rather than a voluntary compliance-based approach. According to the DOL’s Wage and Hour Division Principal Deputy Administrator, Jessica Looman, the PAID “program deprived workers of their rights and put employers that play by the rules at a disadvantage.” Ms. Looman confirmed the DOL will return to a policy of “rigorous[ ] enforce[ment],”  including the imposition of liquidated damages when appropriate.

Employers concerned about past pay practices are not without options, despite the discontinuation of the PAID program. Concerns regarding historic exempt versus non-exempt classification, misclassification of independent contractors, accurate timekeeping, or other matters that might affect minimum wage or overtime payment should be discussed with counsel, with all such discussions remaining privileged. In addition to amending pay practices to ensure prospective compliance, steps can be taken to mitigate damages to current and former employees from past practices. Counsel can advise on jurisdictional requirements to ensuring that releases obtained from employees, if any, are enforceable.

Bottom line: the Biden administration has signaled a sharp departure from the Trump administration’s approach to wage and hour law, and employers are well-advised to review their pay practices to ensure compliance with the FLSA and applicable state law.